What is the VitalScan?

The VitalScan is a valuable tool that physicians use to help them diagnose hidden illnesses. It only takes 15 minutes to give the physician a comprehensive report of your health.

The ANS consists of your internal organs, such as the heart, intestines, and stomach. It is also part of your peripheral nervous system, which controls your muscles, glands, and other organs. Testing these systems helps evaluate your current health state.

How does this test help me?

Helps monitor the status of your health, verifies how well treatments are working, discovers hidden illnesses. Can identify depression, anxiety, or psychological conditions.

How many times do I have to be evaluated per year?

Evaluation is usually only once a year. If treatment is being done, re-testing can be done every 6 months to verify treatment is working properly.

What does the VitalScan test include?

ANS System uses equipment that is useful for physicians to gauge their patient’s health and uncover hidden diseases.

Sudomotor function evaluation assessment focuses on the tiny nerve fibers within the autonomic nervous system, and their ability to quickly regenerate. 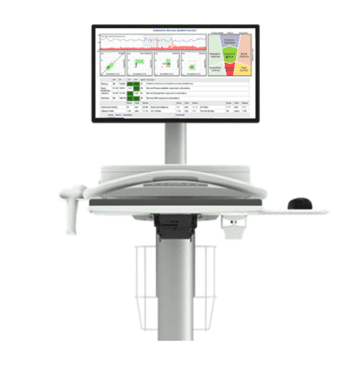 What is Autonomic Nervous System (ANS)?

The parasympathetic nervous system is anabolic; it conserves and restores. As a result, gastrointestinal secretions and motility (including evacuation) are stimulated, slowed heart rate, and blood pressure decreases. 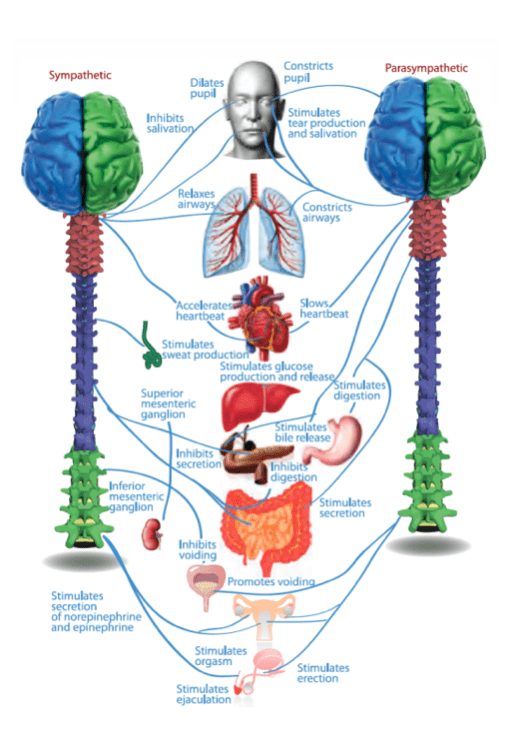 Disorders of the ANS can affect any system of the body; they can originate in the peripheral or central nervous system and may be primary or secondary to other disorders.

If a patient has symptoms suggesting autonomic dysfunction, cardiovagal, adrenergic, and sudomotor tests are usually done to help determine the severity and distribution of the dysfunction.

Autonomic Regulation is the body's ability to maintain homeostasis (stability and balance) during internal and external stimuli.

Diabetes and Parkinson's disease are two examples of chronic conditions that can lead to Autonomic Dysfunction.

How Is the Test Performed?

The test involves four phases, each designed to determine a particular aspect of the patient's Autonomic Nervous System function.

Resting Phase: Heart Rate Variability (HRV) analysis combined with beat‐to‐beat blood pressure is measured to obtain a baseline of how the autonomic system is functioning during the resting phase. 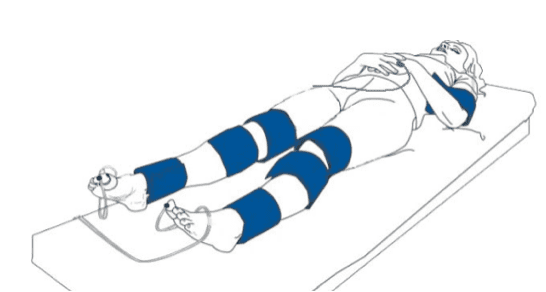 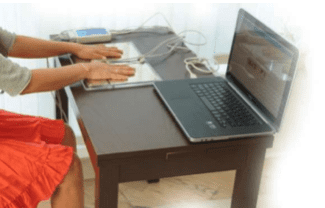 SudoCheck has been created to enable a precise evaluation of sweat gland function. Based on a measuring method, patients place their hands and feet on stainless-steel electrodes. The method uses low voltage to stimulate the sweat glands and measure the electrochemical reaction between electrodes and chloride ions.

This active, new method provides information and evidence of a sweat dysfunction that might otherwise not be detectable in physiological conditions. Bioelectrical Conductances (BEC, in micro siemens, uS) for the hands and feet express the quantitative results, while a risk score derives from demographic data and the BEC values.

SudoCheck is, similar to a galvanic skin response stress test, a functional test that measures the sweat glands' capacity to release chloride ions following an electrochemical stimulation. It works by measuring the electrical potential difference caused by the electrochemical reaction of electrodes, which are applied to the skin and stimulated by a low voltage of variable amplitude. SudoCheck comes with 4x2 independent electrodes for placement on feet or palms and other areas with a high number of sweat glands. 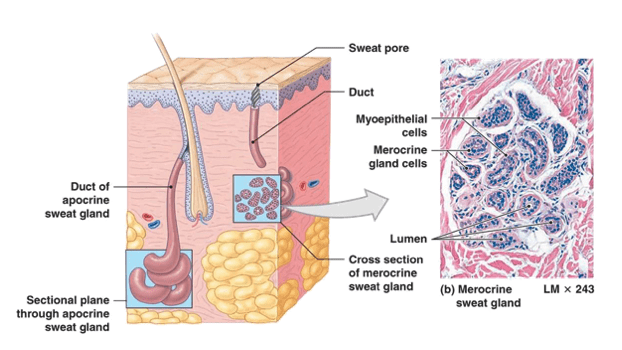 SudoCheck provides information that determines the cardiometabolic risk in patients. The need for a faster sudomotor function test

Sudomotor function assessment can now be carried out faster and simpler with the new SudoCheck technology.

In response to electrochemical activation, it measures the ability of sweat glands to release chloride ions and detects abnormalities. Once suspected or confirmed, more specialized tests are recommended to diagnose the underlying cause of the irregularity.

Evaluation of sudomotor function in diabetes

On of the significant causes of nerve damage is diabetes. Diabetic patients suffer from metabolic impairment and related inflammatory processes. As a result, their non-myelinated axons of small fiber nerves are primarily affected and known as Diabetic Autonomic Neuropathy (DAN).

SudoCheck was developed as a new device to follow up on complications related to diabetes.

SudoCheck provides information that determines the cardiometabolic risk in patients.

The test, equivalent to a galvanic skin response stress test, measures the sweat glands' capacity to release chloride ions in response to an electrochemical activation.

SudoCheck does not require any patient preparation, such as blood drawing or fasting; it is non-invasive and delivers immediate results, with findings that are ready to use after a short and uncomplicated test of merely 2 minutes.

Sympathetic Skin Response (SSR) measures change of the electrical potential of the skin. The recorded skin potential comes from the activated eccrine sweat gland. The amplitude and configuration are adjusted by sweat gland epithelium and the overlying epidermis. 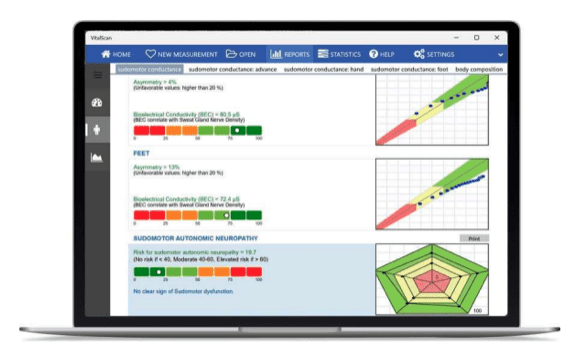 Quantitative Sudomotor Axon Reflex Test (QSART) is a test to evaluate the integrity of the postganglionic sudomotor system along the axon reflex to define the distribution of sweat loss. This is accomplished by the release of bioimpedance electrical stimulation into the skin which activates receptors on the eccrine sweat gland.

The sweat response is recorded from four sites and assessed for deficits.

The QSART is a test that measures the autonomic nerves that control sweating. The test is useful in assessing autonomic nervous system disorders, peripheral neuropathies and some types of pain disorders.

The test requires a mild electrical stimulation on the skin, which allows to stimulate sweat glands. The QSART measures the volume of sweat produced by this stimulation.

QSART is used to diagnose: 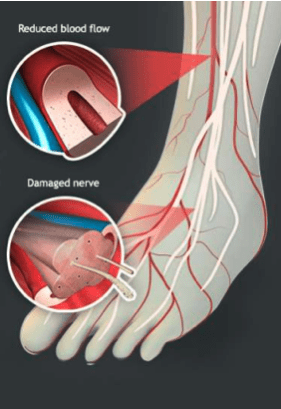 Body Mass Index (BMI) by itself is not sufficient to analyze a patient's health status and body composition thoroughly.

Fat, muscle, water and other important indicators of underlying medical conditions are not considered in the BMI.

The SudoCheck provides physicians and other users with a myriad of diagnostic options.

Analytical modules provide accurate ratios for, for example extracellular to intracellular water, or fat mass to weight, and present doctors with indications of medical disorders that would otherwise need additional examinations to be diagnosed.

The graphic presentation of the results is another benefit. It provides a summary and overview and helps visualize the data. 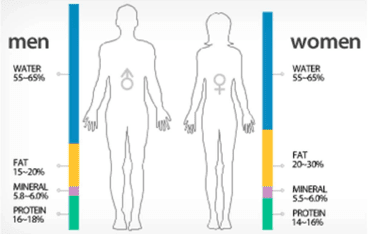 The purpose of BIA is the estimation of body composition and water balance, but it is also used in cardiology and imaging.

The BIS is another technique for the estimation of the body composition and water balance, but it can also be used to estimate neurotransmitters. 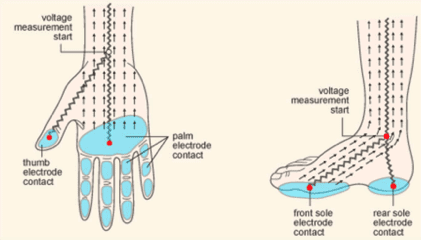 Peripheral Artery Disease (PAD) is a common manifestation of atherosclerotic vascular disease. The arteries in the legs or arms become narrowed or blocked.

PAD incidence increases with age and in the presence of known cardiovascular risk factors (e.g., smoking and diabetes).  People with PAD are at an increased risk of heart attack, stroke, poor circulation, and leg pain.

A low ABI can be a strong PAD indicator and risk circulatory problems. Arterial stiffness occurs as a consequence of biological aging and Arteriosclerosis. As a result, the arteries become thick and stiff, sometimes restricting blood flow to the organs and tissues.

Arterial stiffness is associated with an increased risk of cardiovascular events such as heart attack and stroke. However, depending on the cause, arterial stiffness may be treated and prevented.

VitalScan Vascular+ Pulse Wave Velocity (PWV) analysis is based on physiological phenomena, observable and measurable in the arterial elasticity and stiffness during blood circulation.

During one heart systole, a specific blood volume is expelled. This propagates the arteries due to the reciprocal transformation between the kinetic energy of a segmented blood volume segment and the potential energy of a stretched segment of the resilient vascular wall.

We can observe the changes in pressure, blood flow, velocity, and profile throughout the pulse wave. It can be used for the classification of artery elasticity.

The condition of the small and large arteries is key to the prevention and diagnosis of cardiovascular related illness. In particular, the stiffness and augmentation of the major arteries is a strong indication of potential health problems, including heart attacks, heart failure, sclerosis, and renal complications.

Age and systolic pressure strongly correlate with PWV.  The most critical factor contributing to the increase in PWV is age because of increased arterial stiffness caused by medial calcification and loss of elasticity.

PAT technology is a noninvasive measure currently used to detect heart disease, erectile dysfunction, and obstructive sleep apnea; however, it has also proven highly effective in detecting and monitoring other cardiovascular conditions.

PAT data imparts early‐stage information; PAT technology is valuable in disease detection and follow‐up, improving patient treatment and healthcare costs. In addition to detecting cardiovascular disease, the PAT system also presents the potential for improving the diagnosis and management of other medical conditions, including metabolic syndrome, diabetes, peripheral arterial disease, and many others.

Coronary artery disease (CAD) occurs when the blood vessels that transport blood to the heart are narrowed and hardened due to plaque buildup (atherosclerosis). This narrowing compromises the flow of nutrient‐rich, oxygenated blood to vital organs, leading to stroke, heart attack, and death.

Unfortunately, coronary artery disease is the leading cause of death among American adults. Therefore, detection and treatment are at the forefront of relevance.

This proprietary test system was developed by VitalScan Vascular+ and utilized a biosensor finger probe to collect data. The patient is asked to perform a series of controlled breathing exercises. The coronary respiratory response (CRR) is derived from spectral analysis of the PPG signal during instructed breathing. The PPG signal is automatically extracted and captured for processing. Using algorithms and analyzing software, a reading is produced which offers a timely and accurate diagnosis of Significant Coronary Artery Disease (S‐CAD).